How I Was Blessed by John of God – Miracles DO Happen! 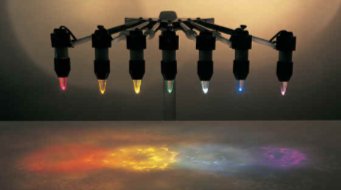 I am asked daily how I came to have a John of God Crystal Bed in Edmonds, WA. I am asked by clients and by others I come in contact with. It is such a miraculous story, I decided to write it down and share it with everyone.

I first heard of John of God probably 15 years or so ago when I saw a segment on 60 minutes about him. At the time I wasn’t practicing energy healing and was just beginning to understand my own spirituality. The program showed him as a full channel medium healer and I remember being grossed out by the showing of eye scrapings and the instrument up the nose parts (the physical healings) yet somewhat intrigued. Even so, it was nothing that really held my interest at the time.

Fast forward to February 2014. I am now practicing Intuitive Reiki and using energy healing daily. I hadn’t thought much about John of God but had recently heard a story told by Dr. Wayne Dyer about receiving treatment from him and being in complete remission from Leukemia.

A friend had brought in a healer from Colorado and asked if I wanted to have a couple of sessions with him while he was here. My husband was away at a 7 day retreat in California and we had no communication of any form during that time. I was trying to occupy my free time and this was perfect! Energy healers LOVE to be worked on by other healers!

During the first session he happened to mention that he had a John of God Crystal Bed back home in Colorado. The moment he said it, something inside of me locked into place. It was as if my entire being totally aligned and I got very excited! I have studied many different healing modalities over the past 15 years and have quite a tool belt to use with my clients, but had still felt like there was something missing for the clients that were very ill. This was like a missing puzzle piece had finally been found. He told me that in order to have one of these that you needed to present yourself to John of God and the Entities and they needed to recognize you were a healer and determine you to have one.

I went home knowing this was going to happen. I didn’t know how it was going to happen, but I KNEW it was. Not a moment of doubt. So I raised my hands up and said out loud “I guess I’m going to Brazil! Show me how!” And then I got online to find out how to see John of God.

I discovered that unless you have been before and speak Portuguese that you really need to have a guide. There is protocol on how this is all done. It looked rather complicated but I kept Googling, finding out more and more info. Then I stumbled upon the email address of his right hand man! So I sent an email saying I wanted to come to Brazil and get this Crystal Bed.

Hold on, not so fast. You can’t just come to Brazil and get a bed! There are thousands of people a week that present in front of John of God and also many people presenting by their pictures if they are too frail to make the trip. These people line up and one by one go before John of God. They are then given advice and prescriptions by whatever entity is working through him that day. Some get herbs, some get Crystal Bed Therapy at the Casa, others get invisible surgeries and a select few are scheduled for visible psychic surgeries. Every once in a while someone stands before them and they are recognized as a healer and get blessed to provide Crystal Bed Therapy where they live. And this does not happen often. You don’t ask for it, that’s not how it works. So this put me up against great odds.

The next day I received another email from his assistant. I was told to send a picture and he would present it to John of God during his next session which was in a few days. So I sent it. And I became very calm and I waited. Things were lining up with little effort on my part and as of right now I didn’t even need to go to Brazil.

A few days passed and I was on my way for a second healing with the guy from Colorado. As I pull into the driveway my phone rang and it was my husband. He had just gotten his phone back and was coming home the next day. He was super excited and said he had this really cool roommate while he was there. He told me that his roommate had just left and was headed somewhere south in California to get a Crystal Bed treatment and that he was then going to see John of God in Brazil in a week or so. “Do you know who John of God is?” he asked me.

OMG! Wow, this was incredible! The only obstacle I could think I may have about this whole thing was my husband. In my head I could hear him asking me “What else do you need Laura? You don’t need to go to Brazil. You have enough skill to do your work, why are you always adding more?” That is usually what I was up against each time I mentioned a new workshop or training I was going to do. Well this was a miracle! He was getting educated about John of God at the exact same time I was and neither one of us knew.

He came home the next day and I asked him who his roommate was (he had told me he was a well-known public speaker so I was curious). He told me his name and I recognized it – went online and looked him up and had to decide that NO, I had no clue who he was. But his name was so familiar. It took me a couple of days but I finally figured out that 4 years prior I had email contact with him a few times. I worked as a scheduling assistant for a friend of mine for 7 years and he was one of her clients. My husband sort of didn’t believe me so I went into my emails and pulled them up. There were 5 of them. Same email address he had given to my husband. So at that moment I realized this guy was my angel – what are the odds of all the billions of people in the world that this ONE PERSON would be my husband’s roommate? That he and I had already crossed paths and now he was schooling my husband on John of God and Crystal Bed Therapy at the same time I was schooling myself?

I told my husband what had been going on while he was gone. And he was excited for me. Not what I expected at all! So this was another effortless piece of the puzzle.

I didn’t hear anything for a week or so and then I got the email – “Congratulations, John of God and the Entities have blessed you to facilitate Crystal Bed Healing in your area.” WOW! So crazy!

The next day my husband got an email from his friend with a picture of himself standing next to John of God that was taken … wait for it … the day before – the SAME exact day my picture was presented to John of God and I was blessed. WHAT? We were basically there at the same time! A few months ago I was able to finally meet this gentleman. And he came to my office and received a complimentary Crystal Bed Healing. How do you thank an angel?

The Crystal Bed has indeed provided that missing link for my clients. Those that have had multiple sessions have not experienced the same thing twice. It is unexplainable how this works, but it does. I hope you get the opportunity to come and try it. The crystals themselves were also personally blessed by John of God and the Entities before they were shipped to me. The healing properties are nothing short of miraculous and provide the same healing that happens at the Casa in Brazil. Healing on the physical, emotional, mental and/or spiritual levels, depending on what you need, where your awareness is and your own level of consciousness.

And you, like me, don’t need to go to Brazil for the experience!

This site uses Akismet to reduce spam. Learn how your comment data is processed.

Are You Struggling with Depression or Anxiety?

This FREE audio, meditation, and PDF booklet will show you how to quickly overcome the debilitating effects of Depression and Anxiety